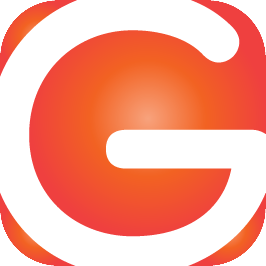 TAKING NCHALO EPICENTRE TO SELF RELIANCE

What we are asking for and why?

The 30th March 2017 was one of the most remarkable, life altering days of my life.

I was about to spend my third day with The Hunger Project in Malawi as part of the Human Kind Project’s Leadership Immersion program. Myself and thirteen other amazing (and probably slightly crazy) humans had signed up for this trip. We had each raised at least $15,000 and had travelled over 11,000 kilometres from Australia to witness and learn from the work of The Hunger Project in Malawi.

Nchalo, a community with just over 35,000 people is only two years away from self-reliance and we had been told that the only thing that was preventing them from getting there was a lack of funding. We were greeted in Nchalo with open arms and lots of singing and dancing. We visited their Bank, where we all contributed to opening up a bank account that would go on to help over a dozen families get access to a Microfinance loan. After wrapping up at the bank, we headed over to the Health clinic.

And it was right there, while sitting in this hot and stuffy health clinic that provides healthcare to over 35,000 people that was no bigger than a small home in Australia, where everything changed for me. In less than fifteen minutes we learnt from one of the Nurses that when Nchalo built their epicentre several years earlier, they did not build a Maternity ward. This presents a huge issue for Nchalo and it is one of several factors preventing them from reaching self-reliance.

In Malawi, as a way to address high mortality rates during childbirth, you can be fined if you attempt to have a baby in your own home, so women are encouraged (and in a way forced due to not being able to afford the fine) to admit themselves at a hospital when giving birth. In Nchalo, with no Epicentre Maternity ward, that means catching a public bus over 20 miles away. With no pre-natal care available in Nchalo, women often misjudge their due date and or the timing of their labour and any potential complications go undiagnosed, which often puts both the mother and the baby at further risk. Oh and if you make the 20-mile public bus trip and you need a C-section, the cost is over half the annual minimum wage, meaning many women who need a C-section cannot actually afford to have one, again putting vulnerable lives at risk.

I immediately started to feel sick listening to this. As many women would relate to, as a mother, I had complications when giving birth to two of my three children, the most high risk of these, was my first child, Will. I was diagnosed with placenta Previa early on in my pregnancy, which was confirmed again at 35-weeks, a C-section was scheduled for 38 weeks but unfortunately I went into early labour at 36 weeks and with excessive bleeding, an emergency C-section was performed within 90 minutes of me calling the hospital and I required a blood transfusion. If I lived Nchalo, both myself and my son would have been dead within hours and my other two children would have never been born.

While the nurse could not site exact statistics, when we started asking more questions, she told us there are approximately 350 women from Nchalo who go into labour each month. Of those 350, approximately 5% would involve either the death of the mother, the child or both. That’s 18 to 36 lives at risk every month from this one community. Imagine how scared you would be falling pregnant, knowing you have a 5% chance of you and or your baby dying? With a Nchalo maternity ward, pre-natal checks and closer access to the hospital, the Nurse told us they believe they can reduce any deaths to less than 10 per month. A minimum of 8 lives saved each month, means almost 100 lives saved in a year. That’s countless older siblings who don’t have to live without their mothers.

It was at that moment, in that stinking hot, tiny health clinic that I realised I didn’t have a choice anymore, I knew that doing nothing was no longer an option. These beautiful people are our extended family who don’t need our pity, they need our partnership, so that they can end their own hunger and poverty, so they can build a friggin’ maternity ward and save 300 women and children from dying every year.

Now I’m not 100% sure exactly what inspired my fellow Malawi-Trippers but several hours later, the incredible group of humans I was travelling with committed to sponsoring the people of Nchalo to achieve self-reliance in the next two years. That means that together, 14 of us have committed to raising over $700,000. None of us know for sure how we’re going to do it but if we learnt anything from the the Hunger Project, it’s that with the right mindset, a clear vision, unwavering commitment and taking action, failure is not an option.

And so here’s where I will ask for your support in helping me and my fellow Malawi Trippers support the people of Nchalo. 100% of your donation to Human Kind Project on this link will go directly to the Hunger Project’s support of Nchalo. The Hunger Project operates with less than 20% overheads, so 80% of your donation is going directly to the people of Nchalo. All donations are 100% tax deductable.

If you want to know more about Human Kind Project, the Hunger Project, our Leadership Immersion trip to Malawi or this fundraising initiative specifically for Nchalo, please do not hesitate to contact me at nicole@humantribe.com.au

Please know we also run regular training programs where 100% of your fee is donated to Nchalo. Please check out our other Fundraising pages on Benojo for more information.

Thank you in advance for your support☺

This is making a difference in action. I am inspired, Love it !

Nicole Wales
4 years ago
Thanks so much Luke! Big hugs over to you in the States working your magic xx
MG
Michelle Gregory
$1,500.00
4 years ago

Happy Easter Nic. This is the perfect time to contribution to the safe delivery of new life.

Nicole Wales
4 years ago
Oh my goodness, thank you so much for your generosity Michelle, this makes a huge difference. To new life! xx
KH
Kim Hogan
$50.00
4 years ago